Getting Older & a Quote

My father-in-law is ninety-four and a veteran of WWII. He joined the Navy when he was sixteen to fight. He's actually my first husband's father, but I remained close to him and his wife after the death of their son. Except for my kids and us, we're all the family he has, so he's living with us now.
Poor guy. He moved to California decades ago to get away from the cold of Michigan. He hates the cold, and it's an even bigger deal for him as he's aged.
We live in the Rocky Mountains. Winters here make him really cranky. Because of the cold. But my hubby's doctor told us we had to move somewhere with a hard freeze for my husband's health (his allergist said he's allergic to everything he breathes and half of what he eats).
*sigh* We can't win.
Today's quote fits pretty well. It nearly froze the other day, and by Sunday it'll be in the 80s. lol 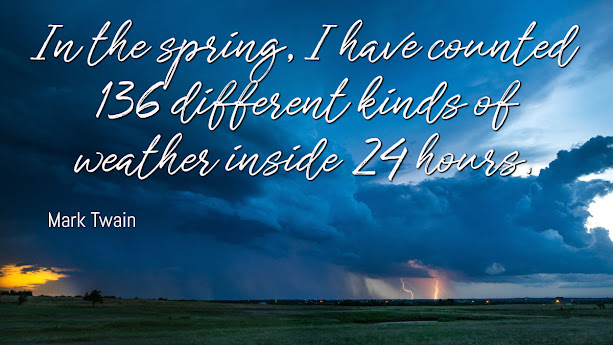