A to Z - Networking 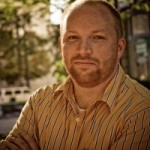 Earlier this month author Robison Wells (Variant) wrote a great post about marketing that also touched on networking. He said it was a rant, and it was, but I think it was a good rant. Rob's day job for many years was marketing, and he has a lot of good information in the post, so I highly recommend that you go read the whole thing. But I want to share this from the post:


"So, let’s try to hammer one thing into our heads. If get nothing else from this blog, get this:

When you see the term “social networking”, ignore the word “networking” and focus on the word “social“. Some people act like Facebook and Twitter and blogging are a chore, and if you have that attitude, then you’ll always hate social networking. But I don’t see it that way. I log into Twitter the first thing every morning to see what my FRIENDS are talking about, and so I can join the conversation. And a lot of these friends are people who I’ve never met in real life. Some are fellow authors. Some are readers. Some are just fun people who I’ve met and built a relationship with.

Yes, that took time, and in those early days when I had few Twitter followers, it wasn’t as much fun. But it’s definitely worth the investment. Now, I feel like I always have someone to talk to, or someone to hear a joke from, or someone who has something insightful to share. It’s like hanging out with your friends all the time.

It’s not a friggin’ chore. It’s a delight. It’s SOCIAL.

And if you don’t like Twitter, then blog. Build your SOCIAL network there, and interact with your commenters. Or on Facebook. Or on YouTube, or Google Plus, or Friendster, or whatever-the-heck else. It doesn’t matter which platforms you chose. Just chose something, and have a good time. Be social. Be fun. Be interesting.

You’re a writer, for crying out loud. If you can’t be fun or interesting for ten minutes a day then maybe you’re in the wrong business."


How do you feel about social networking and how it relates to marketing your books? Is it just a huge burden or are you having fun?